Isogenica today announced that it has made two leadership appointments to extend and accelerate its partnerships and pipeline of therapeutic assets and provide a strong foundation for Isogenica’s future growth. William (Bill) Eldridge joins as Senior Director of Alliances and Edward McGowan joins in the newly created role of Senior Director of Antibody Discovery and Development.  Both appointments are effective immediately.

Drs Eldridge and McGowan bring a wealth of biotherapeutic discovery and development experience to Isogenica.  Bill was most recently Chief Scientific Officer at Cyclogenix where he led the discovery and development of scFv antibodies, Cyclotide scaffolds and VNAR single domains for half-life extension, specific oral availability and blood-brain barrier transfer.  Bill was a senior researcher at Isogenica until 2009 and is a co-inventor of Isogenica’s CIS Display technology, which has been highly successful for the discovery of antibodies and peptides including Centyrins®.  Edward McGowan joins Isogenica from Covance where he was Director of Biopharmaceutical Development.  Prior to that Edward took roles of increasing seniority in biologics discovery and development at Ablynx, Ossianix and the International Aids Vaccine Initiative, building a deep knowledge of single domain antibodies in the process.

Commenting on these changes Björn Cochlovius, appointed as Isogenica’s Chairman in December 2019, said “The new leadership team will support delivery of Isogenica’s vision to become the pre-eminent single domain biotherapeutics company, improving patient outcomes via better targeting of chemotherapies and through the development of single domain bispecifics as off-the-shelf alternatives to CAR-T therapies.”

Isogenica is developing LlamdA® (single domain VHH) and Alexandria™ (human Fab) therapeutic antibodies from its proprietary fully synthetic antibody libraries and leveraging its CIS Display and Colibra™ technologies to accelerate the discovery and development process.  Over the last four years

Isogenica has entered into eight significant partnerships, leveraging its libraries, technologies and expertise to build a broad pipeline of programs that are now advancing into pre-clinical and early clinical development with our partners.”

We use cookies on our website to give you the most relevant experience by remembering your preferences and repeat visits. By clicking “Accept”, you consent to the use of ALL the cookies.
Cookie settingsACCEPT
Manage consent

This website uses cookies to improve your experience while you navigate through the website. Out of these, the cookies that are categorized as necessary are stored on your browser as they are essential for the working of basic functionalities of the website. We also use third-party cookies that help us analyze and understand how you use this website. These cookies will be stored in your browser only with your consent. You also have the option to opt-out of these cookies. But opting out of some of these cookies may affect your browsing experience.
Necessary Always Enabled
Necessary cookies are absolutely essential for the website to function properly. This category only includes cookies that ensures basic functionalities and security features of the website. These cookies do not store any personal information.
Non-necessary
Any cookies that may not be particularly necessary for the website to function and is used specifically to collect user personal data via analytics, ads, other embedded contents are termed as non-necessary cookies. It is mandatory to procure user consent prior to running these cookies on your website.
SAVE & ACCEPT 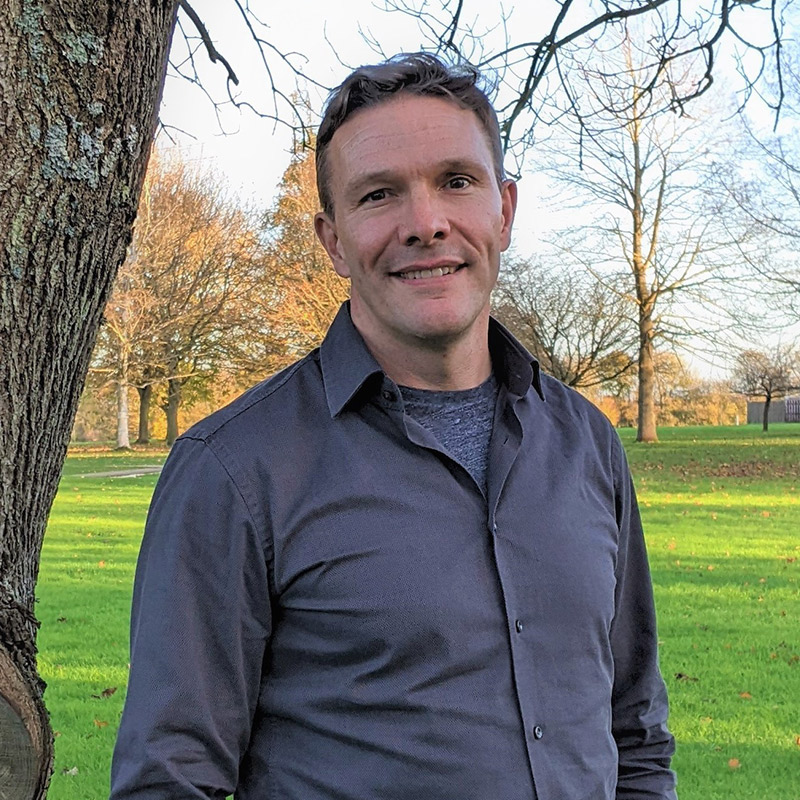 Bill has extensive experience in the biotechnology and pharma industry. He has over twenty years’ experience in antibody, scaffold protein and peptide discovery and development. Bill started his career with a post-doc at Pfizer and moving on to be an early member at Cambridge Antibody Technology (now Astra Zeneca) where he was a senior scientist in their antibody discovery arm. Having spent four years at CAT, he joined Isogenica where he co-invented and developed the company’s CIS Display Technology. He then went on to build and lead the Alliances team at Isogenica. Most recently he was CSO at Cyclogenix, a biotech company developing Cysteine knot micro-proteins (Cyclotides) for Oncology, Blood Brain Barrier and Oral Delivery of biotherapeutics. 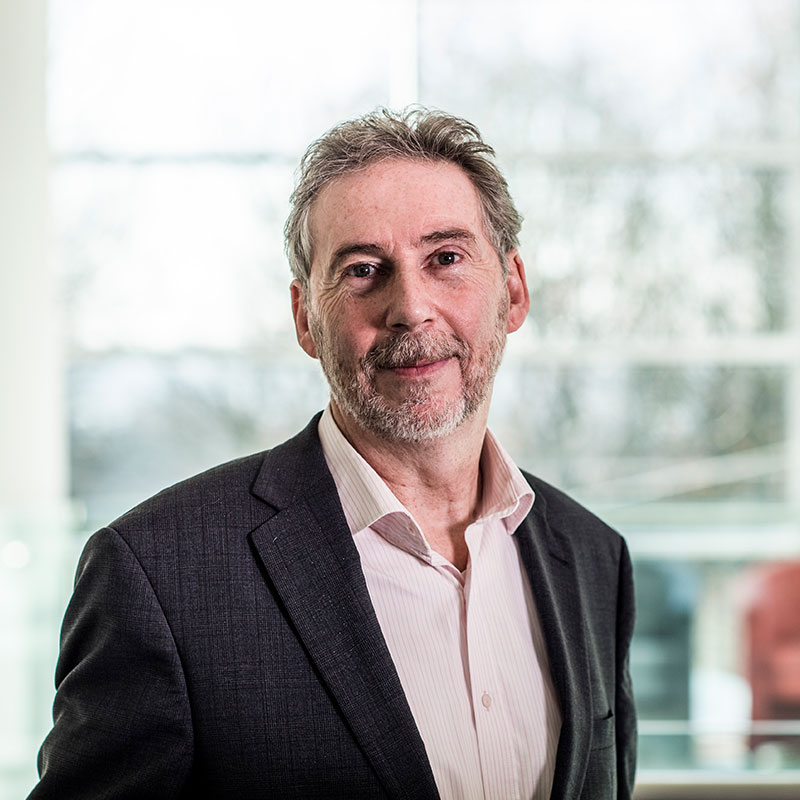 Renny has a strong track history in the development and clinical investigation of new therapeutic assets.  As well as being a non-executive director of several life sciences companies, he has been senior independent director of one of the top performing NHS Foundation Trusts in England, a member of the clinical research panel for the UK’s Research Excellence Framework and is also chairman of Lord Snowdon’s Award Scheme for disabled students. He has raised over £50 million for clinical development programmes and was previously owner and CEO of a venture capital backed Clinical Research Organisation and a privately backed specialist Phase I CRO. Prior to that he was Director at University College London as well as Director of Clinical Research at the UCL Institute of Child Health and Great Ormond Street Hospital for Children. He was until recently CEO of two of the 15 Academic Health Sciences Networks (AHSN), firstly founding the South West AHSN working across Devon Somerset and Cornwall and then the Eastern AHSN based in Cambridge. Renny has a DPhil. in peptide and hormone small molecule metabolism and membrane biochemistry. 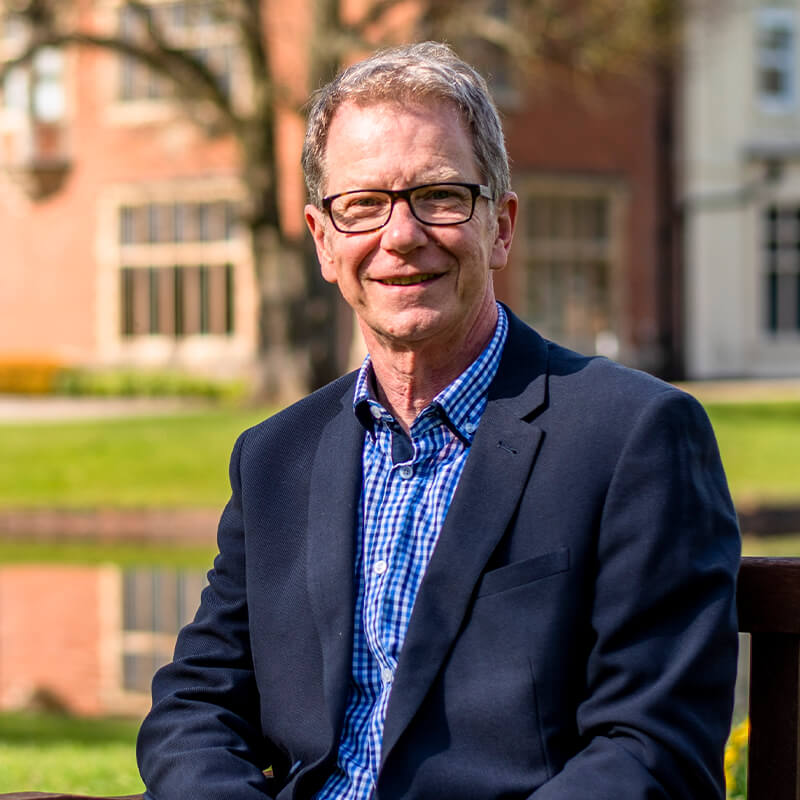 David has more than twenty years’ in Life Sciences developing complex bioprocesses and products and held a number of senior positions in R&D, GMP manufacturing, intellectual property and licensing. His experience includes both in and out licensing of technologies, products and services and has driven numerous licenses and collaboration deals. Dave has worked in several small Biotech and large Pharma companies.

David is also a Board member of MediLink; a Life Science industry association whose aim is to help companies establish, develop and grow. He also sits on the Advisory Board of BioPartner UK, an organisation that promotes international partnering for trade, investment and collaborations with UK life science companies.

David was previously Business Development Director at Albumedix where he was instrumental in signing significant royalty-bearing drug and vaccine development deals based on the company’s albumin-based formulation and half-life extension technologies. He is passionate about commercialising science and strategic partnerships with the goal of improving the quality of patient treatments. 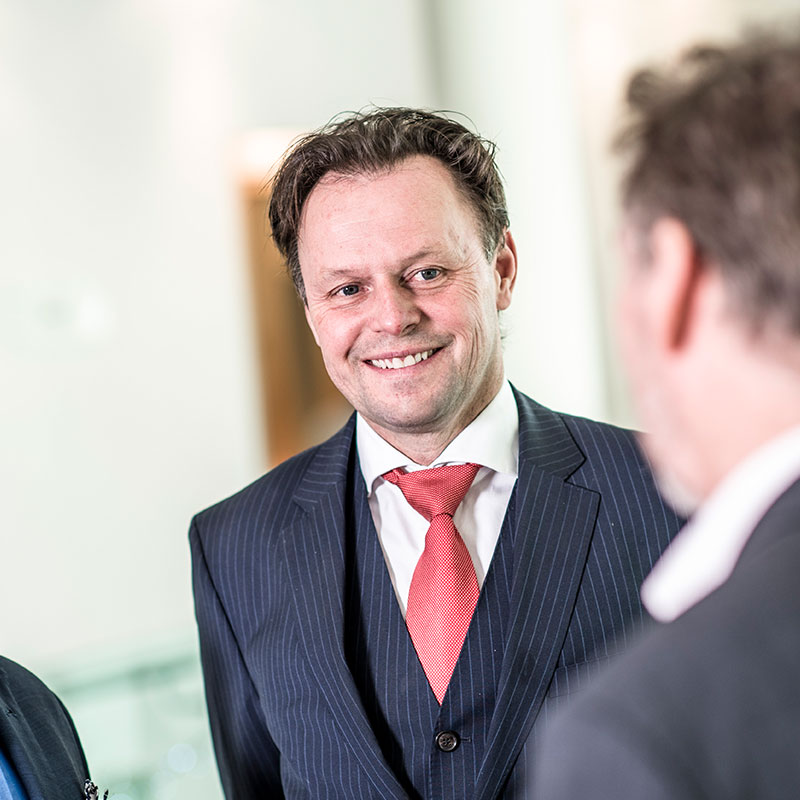 Niclas has been in the investment business since 1992, through Vasastaden Holding AB and Kungsstaden Fastighet AB and positions at the broker firm Consensus as well as the financial services company Capinova. He is a former board member of listed entities Clavister Holding AB, Eolus Vind AB (2013 – 2016), Agrokultura AB, Net Entertainment AB (2008-2012) and Auriant Mining (2011-2012). He holds a MSc in Economics from the University of Gothenburg, Sweden, and represents one of Isogenica’s major shareholders. 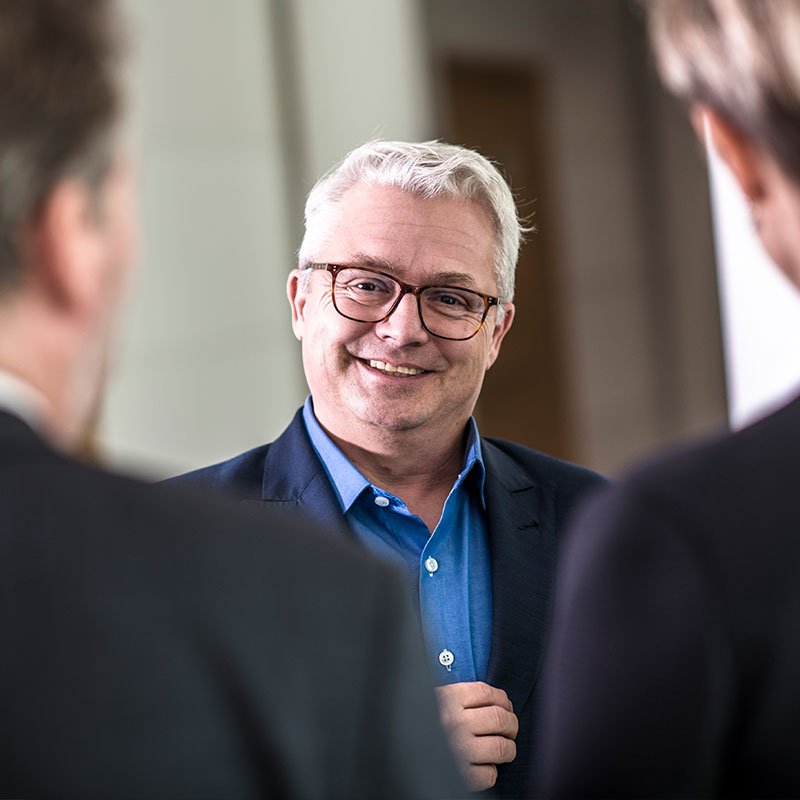 Bjӧrn Cochlovius joined Isogenica as chairman in December 2019. He most recently served as Senior Director of Development (Strategy) at Abbvie and brings 20 years of biopharmaceutical discovery, clinical development and commercial experience to the Board.  Dr Cochlovius previously held positions in research and development, business development and mergers and acquisitions at companies including Affitech AS, Roche and Otsuka.  Dr Cochlovius started his career developing diabodies and tandem diabodies: fully human recombinant bispecific antibodies. He became the youngest department head at the German Cancer Research Centre (dkfz), after a PhD in immunology and oncology obtained at the Universität des Saarlandes.